Majestically towering building of The National Theatre looks at a palace on the opposite side of the building. And this one fearlessly reciprocates. Although it is not easy to endure an inquisitive look of such national colossus, Lažanský palacegot used to it. Well it makes sence, because both buildingshave survived the history together…

Idea of building a palace in the end of former Ferdinand Avenue came up in a head of count Leopold Lažanský. He commissioned to design the building Ignác Vojtěch Ullmannand got permission to raise really representative building on the of Vltava river. 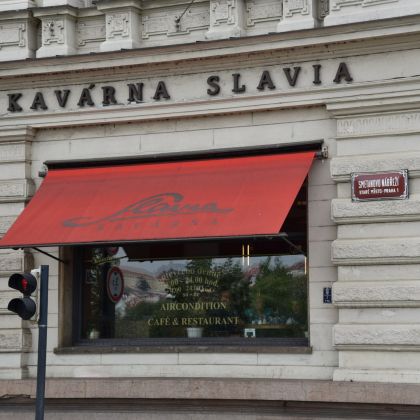 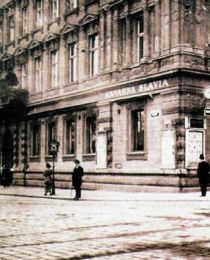 Its importance increased when in July 1868 a construction of The National Theatre started on the opposite parcel. At the beginning of 1880s famous entrepreneur Václav Zoufalý took care of the ground floor of the complex and decided to build a luxury cafe in these premises. His intention was to create a modern and friendlyplace for meetings of higher society. However, he obtained a permission to modificate the building two months after ceremonious opening of The National Theatre. He opened in 1884.

Walls of the new cafe were covered by perforated wallpaper, chandeliers were in Art Nouveau style. Although the location of cafe Slavia is more than suitable, it had to heavily fight for its customers due to network of cafes from The Chain Bridge to The Municipal House. In addition at the turn of the century new competition was born as cafe Orient opened in the first floor of The Black Madonna House on The Fruit Market.Proximity of Slavia to The National Theater meant that the place was often visited by many actors.

After the end of The Great War Slavia was considered by its visitors to be a bit unfriendly place, thus as logical result, new owners decided for ambitious reconstruction. After it finished, Slavia looked as today: in art deco style, with marble and wood on walls and with many mirrors together with typical round tables. From old moribund cafe became the modern and marvellous one. 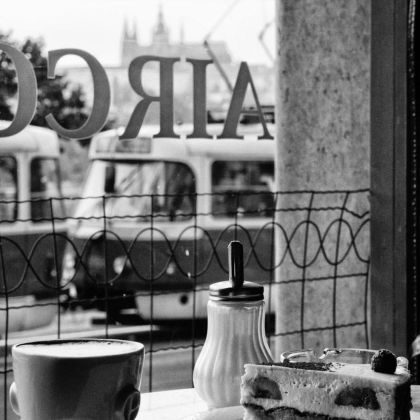 However, occupation changed everything. Masaryk Embankment was renamed to Heydrich Embankment as well as Slavia to cafe Victoria. Running Second World War does not support idle clubable life. Communist coup could hardly better the mood. The cafe was nationalized and insensitively reconstructed. Although it kept a favour of interesting guests.

By the legendary table of Czech painter and poet Jiří Kolář, where it had been possible to see Hrabal with Škvorecký, Václav Havel with friends enjoyed to sit.
After the revolution, the cafe was closed again for public. Endless reconstruction is tiring especially for Václav Havel, who as the president and guest of Na Zábradlí Theater, agitated for its reopening. He sended a petition through the auditorium, reminding Slavia as one of the cultural centres and „a place of meeting Prague intellectuals, students and old people. He was answered. Ceremonious reopening was symbolically 17th of November 1997. 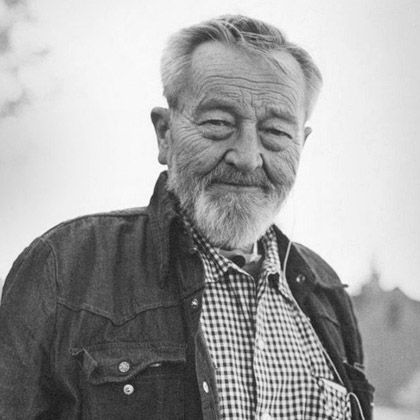 Since its opening, Slavia attracted artists. Thanks to itssuitable location opposite of The National Theatre, the most of the actors eneded up there after the performance. They were often accompanied by composer Bedřich Smetana or director Jaroslav Kvapil.

In the last century Slavia became an epicentre of Czech culture. Writers Karel and Josef Čapek, Arnošt Lustig, art theorists Karel Teige and Václav Černý, poets Vítězslav Nezval and Jaroslav Seifert, painters Jan Zrzavý and Václav Špála met there. During the writting The Building of State, journalist Ferdinand Peroutka was sitting there and got there necessary literature sended from the Prague Castle (which he often did not returned back to president Masaryk). Slavia pulsed. It experienced a funeral of Tomáš G. Masaryk and Vítězslav Nezval as well as the beginning of The Velvet Revolution or a visit of Hillary Clinton. If it is possible to say that Czech thinking has been regularly and in the long termconcentrated somewhere, then it has been here…